The Twin Vision team got the celebrity treatment for the day when they were interviewed by lots of different digital television channels reporters and entertainment magazines after their film Echoes of Substance Misuse was voted Best Documentary Film 2013 first light Awards. Here’s what they and actor Art Malik had to say about Twin Vision’s achievements to Flicks in the City.

Here is Paul McCann Twin Vision founder giving an acceptance speech at London’s Leicester square ODEON. Twin Vision scooped the award for best documentary with Echoes of Substance Misuse – at First Light Awards 2013 and we are completely thrilled to have beat national competition and are very proud of the young people and protagonists who worked so hard on the project. 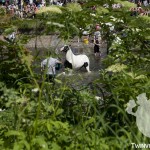 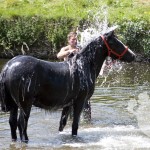 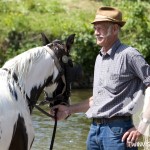 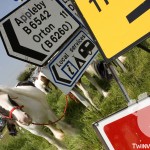 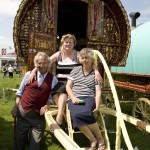 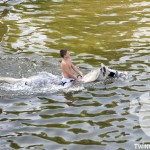 Appleby Horse Fair has taken place in the small town of Appleby, Cumbria since 1685 when King James II granted a royal charter to welcome Travellers to the town to trade. The fair is an opportunity for over 10,000 Gypsies and Travellers to meet on an annual basis to trade horses, buy and sell all kinds of items and for young people to get together and possibly meet their potential partner.  Other fairs include Stow Horse Fair, which takes place twice a year in the Cotswolds, attracting serious horse traders as well as sightseers from across the country.

Lots of work has been created relating to Appleby Horse Fair, from films (History of Appleby, Horses of Appleby, Visitors to Appleby, Craftsmen of Appleby)  to animation and is worth a look as an insight into this traditional fair, or better still it’s worth a visit!

To obtain a copy of the audio transcript please get in touch and we will send you a downloadable pdf. 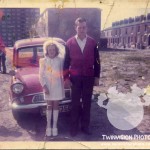 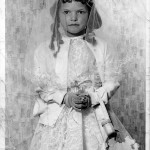 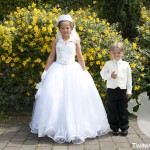 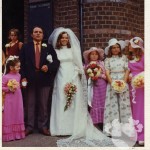 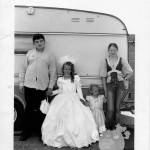 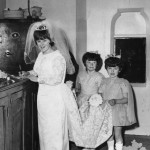 Faith is important to many Irish Travellers, who are predominately Roman Catholic, although a small percentage are Born Again Christians. Therefore, religious ceremonies, such as the First Holy Communion is a very important rites of passage for the children and families.

Often multi tier wedding cakes made for Irish Traveller weddings don’t have cake in them, but have polystyrene inside them to make them lighter, otherwise they would topple over. Some families have the tradition of a tier to represent each sibling or child they intend to have, others just like their cake to be as grandiose as possible as part of the celebration.  Click here to learn more about Irish Traveller Memories.

To obtain a copy of the audio transcripts please get in touch and we will send you a downloadable pdf. Or get in touch with your thoughts, memories and stories 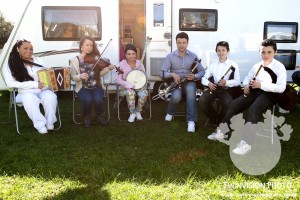 The talented Doyle family are absolutely amazing, father, Simon has kept Irish Traveller musical traditions alive for future generations through his talented children playing the uileann pipes, fiddle and banjo.  The  family tour all over the UK and have produced a cd of their music and when asked what motivates them, mother Margaret said ‘ Irish Traveller Music is very important to me …. I want to keep the Travellers tradition of music going’

To obtain a copy of the audio transcripts, or share your memories, thoughts and stories please get in touch and we will send you a copy.

Families have become film makers and learnt how to present their favourite traditional recipes that have been passed down from mother to daughter for generations. Our mouth watering films include the making of Coddle,  Spuds and Cabbage, Soda Bread, Potato Cakes and Pea Soup.  All these dishes can be cooked easily on the road with an open fire and continue to be enjoyed today.

To share your memories, thoughts and personal recipes and stories please get in touch. 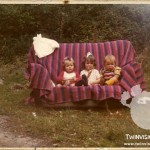 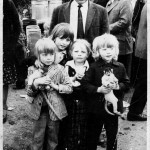 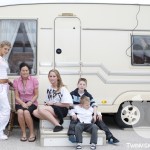 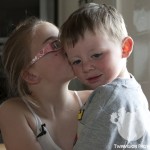 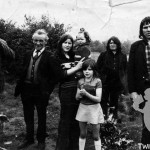 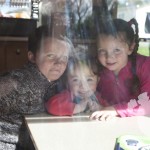 The family unit is incredibly important within Irish Traveller culture. Traveller women play an important role in their immediate family and the wider Traveller community. They have the responsibility for the home, family and children. On behalf of their families they often take on leadership roles, acting as spokespeople for their communities.

Children of ethnic minority communities and indigenous peoples have the right to enjoy their own culture, to practice their own religion and to use their own language – (article 30, UN Convention on the Rights of the Child).

To obtain a copy of the audio transcripts please get in touch and we will send you a copy, or why not share your own stories and memories with us?

‘We are all human if you cut us we all bleed the same’ , Simon Doyle, musician and Moving Voices participant.

Perhaps because so little is known about the Irish Traveller community, many members are subjected to racism on a systematic basis due to institutionalized racism and racial prejudice. As a cultural group, Irish Travellers have a long shared history and values system, making them a distinct ethnic group. They have been recorded as separate within Irish society for thousands of years, all of which leads to restricted opportunities within a wider society, where rules and laws are increasingly jarring with the traditions within the Traveller community. The mechanisation of agriculture in post-war Britain and the introduction of plastic rendered much of the work traditionally undertaken by Travellers, as obsolete. Many Travellers were forced to migrate to towns and cities where they faced economic and social marginalization from the settled community.  As with Aboriginal and Native American communities, when the culture is challenged and removed through laws, and impacts are felt from a more powerful other, this has a detrimental effect upon the community.  Tragically family member Johnny Delaney was killed in a racist attack, to learn more click here.

To obtain a copy of the audio transcript or share your own memories, thoughts and stories please get in touch 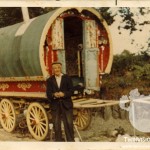 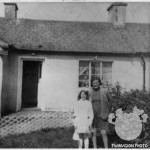 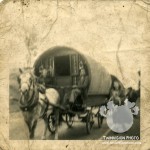 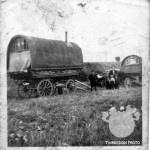 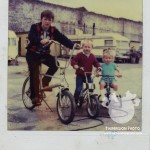 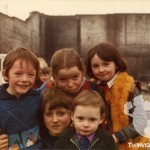 Irish Travellers have a long history in Ireland. There are nomadic peoples mentioned within pre-Christian oral stories such as Táin Bó Cuailnge. Some Irish Travellers call themselves Minciers, or Pavees, and the Cairds or Nawkins are said to be descended from the Ancient Picts, the earliest known inhabitants of Ireland.  The Irish Traveller community have their own oral language called ‘Gammon’ Cant or Shelta, and this has been passed down through the generations and is still used today within the community.

The Irish Traveller community has links with Liverpool stretching back to the beginnings of Liverpool’s 800 year history. Liverpool City Council set up the present Irish Traveller site in 1974. There were 21 pitches created in Tara Park, Liverpool. Some of the same families who resided there in its infancy are still resident there today and many of the Irish Travellers who came and moved on to different locations around the country in the intervening years, have come to reside again in Tara Park

To obtain a copy of the audio transcripts, or to share your memories, thoughts and personal stories please get in touch.

We use cookies to ensure that we give you the best experience on our website. If you continue to use this site you are consenting to these cookies.No ProblemRead More